CMA Festival: Looking to the Summer!

Theres nothing quite like February to make you dream of summer nights. Summer time in Nashville is filled with fun events and festivals. Two of which are global in size. CMA Fest and Bonnaroo take over our state!

CMA Music Festival is an annual country music event which is organized by the Country Music Association. It is held every June and takes place over a period of 4 days. The event is graced by well over 400 musicians and celebrities and draws music fans from all over the world. It is usually held at multiple venues in downtown Nashville, Tennessee. In addition to performing, artists also sign autographs for fans at the festival.

CMA Music Festival was started in 1972. Back then, it used to go by the name Fan Fair. The debut Fan Fair event was held at Nashville Municipal Auditorium in April 1972. It attracted around 5,000 country music fans and featured 20 hours of music performance and 100 exhibit booths. The exhibit booths allowed fans to pose for pictures with their favorite artists and to have their autographs signed by them. Artists who performed at the inaugural event included Del Wood, Nut Stuckey, Freddie Hart, Loretta Lynn, Tom T. Hall, Roy Acuff Pee wee King, and Ernest Tubb among other noted country music artists. 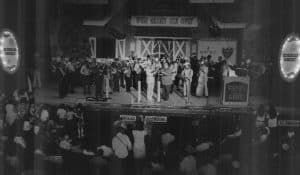 In the following year, the event was moved to June so that it could take place in suitable weather. The summer weather of June provides better traveling conditions and therefore it could make it easier for more people to attend the festival. The attendance of the event consequently doubled that year, it brought together around 10,000 music fans.

The event featured the first non country musician, Paul McCartney, for the first time during its 3rd year. The former Beatle member’s appearance was a surprise to the country music fans who had not geared up for any performance by a non country music artist. The 1974 Fan Fair event also saw Porter Wagoner and Dolly Parton perform together for the last time before ending their partnership with each other.

The festival continued to be held in the subsequent years and its attendance kept on growing. Its organizers moved it to Tennessee State Fairgrounds in 1982 so as to accommodate more country music fans. The All American Country Games was also added as part of the event in the same year. It was a replacement for the celebrity softball tournament that had been taking place at the event. It continued to occur over the following years and proceeds from it were used to fund the Tennessee Special Olympics. It was however discontinued in 1989 to make room for more shows at the event.

In 1991, a large occasion to celebrate Fan Fair’s 20th anniversary was held. The show’s schedule was expanded in order to allow more performances by artists and more events. There were over 200 exhibit booths and over 65 country music artists performed live for more than 34 hours for the thousands of fans who had attended the anniversary event. Many of the artists and entertainers who had attended the first event such as Freddie Hart and Bill Monroe were also present at the 1991 celebratory event. Musician Kathy Mattea also attended the 1991 festival in spite of being advised by her doctor not to. She had suffered a vocal cord injury. She attended the event and communicated with fans through the help of a computer. 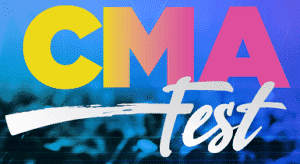 The 1992 performance saw the introduction of a new musician, Billy Ray Cyrus at the event. Artist Garth Brooks also performed at the 1992 event which was covered by over 600 media representatives from various countries including England, Ireland, Sweden, Brazil, Luxembourg, Spain, Japan, and France. In 1996 which marked the event’s 25th anniversary, Garth Brooks surprised many by staying in his booth and signing autographs for fans for 23 hours and 10 minutes without even a single break. He had made a last minute decision to attend the festival and had been swarmed with fans upon coming.

In 2001, major changes were made to the Fan Fair festival. For the very first time, the event was held over a long weekend instead of the usual weekday period. It started on Thursday, June 14 and ended on Saturday, June 17. The festival was also moved from its longtime Tennessee State Fairgrounds venue to several places in downtown Nashville. These places included the Nashville Convention Center, LP Field (now Nissan Stadium), Riverfront Park, and Bridgestone Arena. The Fairgrounds was meanwhile turned into a temporary campground for fans who had attended the event.

In 2004, Fan Fair was renamed to CMA Music Festival by the Country Music Association. The name was changed so as to represent the CMA brand, change negative perceptions of the event, and make it more appealing to people. The event has been going by the name CMA Music Festival ever since then but some ardent fans still refer to it as Fan Fair.

Why Fan Fair was created?

The Country Music Association created Fan Fair event so as to decongest its annual October deejay convention. Fans would crowd this event in an attempt to catch a glimpse of their favorite artists and perhaps get autographs from them. The CMA saw it better to organize an event exclusively for fans at a different time of the year. This would help decongest the deejay convention event as well as give fans satisfaction and thrill. 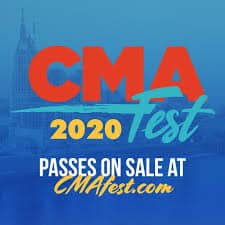